The Favara - Cullera ring road, a 10 km stretch is paralyzed. The construction has been paralyzed since 2010.

In Tempo, the tower in Benidorm that cost 92 million to the now defunct Caixa Galicia, remains unfinished. A 47-floor building with 269 apartments has gone from being the symbol of modern Benidorm to a symbol of badly managed construction.

A paralyzed residential development in Finistrat, Benidorm. The project has been paralyzed since 2008.

A tire cementery in Seseña next to the Francisco Hernando housing development.

Ciudad Real airport. 1.234 hectares. It’s the first international private airport in Spain. It’s been closed since October 2011 due to its low profitability.

Housing estate “Cortijo Grande” in Los Barrios, in the province of Cadiz. The building was originally scheduled to house 700. While in 2007 the number of building permits in Spain amounted to nearly 146,000, there are only 30,000 according the latest available data.

Housing development “Monte Alto”, in Pioz. Located in the province of Guadalajara, this small town of just over 3,500 inhabitants is the most indebted village in Spain. It is estimated that it will take more than 7,000 years to pay the remaining 16 million euros. The construction of new buildings represented a major source of revenue for municipalities.

Initially designed to attract foreigners looking for sun and golf, the 170-acre Majestic Hills complex near Manilva, Malaga, is now mostly empty. To encourage the purchase of property by foreigners, the Spanish government has recently proposed to grant residency to those who buy a property worth more than 160,000 euros.

A swimming pool at the empty urbanizacion la Duquesa housing development in Casares, Malaga. Only a guard-dog lives here.

“Dona Julia Golf Resort” in Manilva, Casares, Malaga. A real estate project of three golf courses, two luxury hotels with a 5-star Park Hyatt, as well as 7,000 homes. Only one golf course has been built and remains open for business.

The unfinished Mar Menor Golf Resort in Torre Pachuco, Murcia Province. There are 97 holiday homes on nearly 70 empty acres. Part 2 of the project couldn’t be financed, the initial plan was to double the surface area.

Abandoned holiday city’s project “Don Quixote”, near Ciudad Real. Nine thousand units, three golf courses and a casino were to be built. Only a golf course has been opened to date.

Costa Miño Golf has all the ingredients of the Spanish realestate “sin”. A building projects for thousands of new homes in a small town with land exproprations, complaints filed against the town council and the developer, the developer claiming bankruptcy, unsold homes, houses half-finished, plummeting prices and even a golf course.

A round-a-bout in the Ciudad de Luz, in Alicante. A Film Studio complex, with 11,000 m. of inside studio space, 15,000 m. Of workshop space, 16 hectare of ourdoor shooting space. The Studios, that ceased to function a year ago, have been put on the market by Consell as they try to repay up to 265 million euros of debt in loans from the EU.

The Ciudad Jardin housing development in Soto Real, Cádiz. 312 empty houses and 1169 houses not even built.

Spain is one of the countries hardest hit by the European economic crisis. Because of a highly unstable financial and real estate market, more than 3,4 million empty houses litter the landscape, most of them constructed during the property boom in the early 2000. In parallel, unemployment figures are growing to such an extent that some cities, especially in the south, are experiencing unemployment rates as high as 40%.   Since 2009 I have been photographing abandoned and failed urban developments that were hastily constructed by developers to take advantage of cheap credit and favorable land laws. Football stadiums, train stations, airports and abandoned half-built entire cities that are now abandoned. At the same I have been documenting daily life in Andalucía, where unemployment rates are among the highest in Spain. Even in this corner of the developed world, the impact of economic crisis is resulting in the often surreal juxtaposition of a hand to mouth existence lived amongst the ruins of failed urban and economic development.  For this project, the author has created a Sandcastles Map in google maps, that shows all the different locations he is documenting as he continues to do so.

The author retains the copyright over his work. 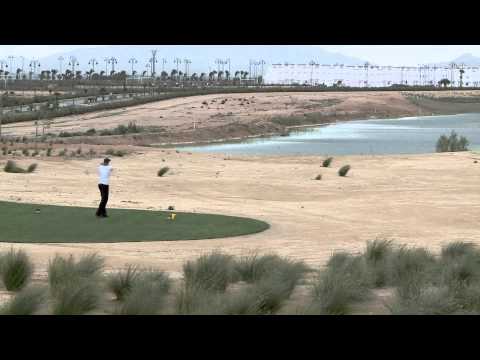 More Fragile than a Bubble